The sure sign of a Christian’s spiritual immaturity is his or her self-centeredness.
Monte Dugger

Every believer battles with things like sex, vices, crazy partying and wondering if it is worth it to wait on God. Sometimes serving God doesn’t seem worth it. But I remember David being anointed, minding his own business and having the devil in Saul come against him. David wrote many of the Psalms in that time period he lived. He asked God to wake up, to hurry up, to not ignore him, to have mercy on him, to kill his enemies… Yet, still he pursued God: still he praised God in the midst of it all. Elijah, Jonah and Moses even asked God to kill them because their process was overwhelming. But God after hearing them complain, came to meet their angst. Instead of giving them what they wanted, God gave them each instruction on how to move forward. God’s ways are perfect, yet even the men of God in the bible may have hated it. It’s the same with us, we don’t have to like God’s ways, but one day when we look back, we will understand.

If we are inclined to believe we know it all, or have a response to everything- we demonstrate that we have pride issues. Most of the self protective people seem to be operating in insecurity, but God calls it pride and arrogance- because these people rely on themselves for protection, reputation and relationships. Those who are afraid to ask for forgiveness, to ask for help and to speak up from themselves also operate from a place of place. As I said self reliance is against God, we cannot rely on God and rely on ourselves at the same time.

God even dislikes perfectionism and procrastination, because these operate from a place of fear and fear operates from a self effort to control an outcome. Why do people try to be perfect? To impress themselves or others, which is not of God in any way. People avoiding intimacy, fellowship and opportunities to glorify God also displease God, because as I mentioned things like these mean we hide the light God expects us to shine. For instance, Elijah hid in a cave, because somebody threatened to kill him. Elijah was very self conscious, he was afraid but he sought his own security and hid in a cave- he did not trust God to be his safety. Jonah was also self conscious, he became angry when the tree which was keeping him from sweating and tanning died. He was being comforted by a tree, instead of being comforted by God. We are so silly, when we get upset about things, we show God that we are focused on ourselves and not Him! The rain falls on the just and unjust- life happens to us all but it is better to be in the rainstorms of life with God, than without His presence.

Lord, even when we forget you, you never forgets us! I know that You know all that is going on around us, and you know all that we experience in our hearts and minds. I know you watch our every step, and I ask you to forgive first off for acting as if we do not act like we do believe you. I pray for those people who are going through seasons of silence, or dryness where they do not feel you are with them and even those who have sinned and feel far from you. I pray you may come to them in a different way, as you did with Elijah. He was waiting for You to show up in fire, as thunder, but instead you came in a still and soft voice. I thank you for the directions, and the new things you are doing. In Jesus name, Amen. 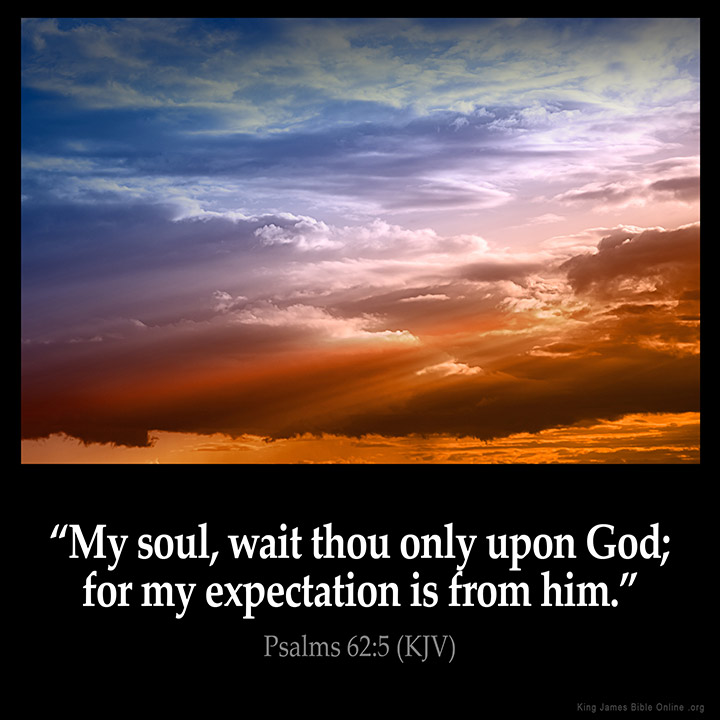