And the king loved Esther more than any of the other young women. He was so delighted with her that he set the royal crown on her head and declared her queen instead of Vashti. Esther 2:17

God places us where he wants us

Esther was a regular girl who obtained the favor of God. God positioned her in the kings palace to deliver her people.

We don’t know much about Esther’s family history. We do know that she was a Jew and was raised by her uncle Mordecai. The Lord God knows the end from the beginning and He knew that there would be a time when the people of Israel would face oppression. God had a plan for Esther, and it was precisely during that time.

We know that Esther experienced what most of us experience: fear and doubt. But God placed her to be queen of a nation which was not her own. She was by Gods design, at the right place and at the right time. She was an insider which would lead the people of Israel to freedom.

Have you ever considered that God has place you where you are, for this precise time? Tap into the spirit of God and find out what your purpose for being there is, the Lord is on your side!

Thank you father God for opening doors, and closing those which needed to be closed. I ask you today to shine light on our paths so that we may see the advantage we have concerning where we are at this time. May we tap into your purposes and fulfill our potential in you. In Jesus name, Amen. 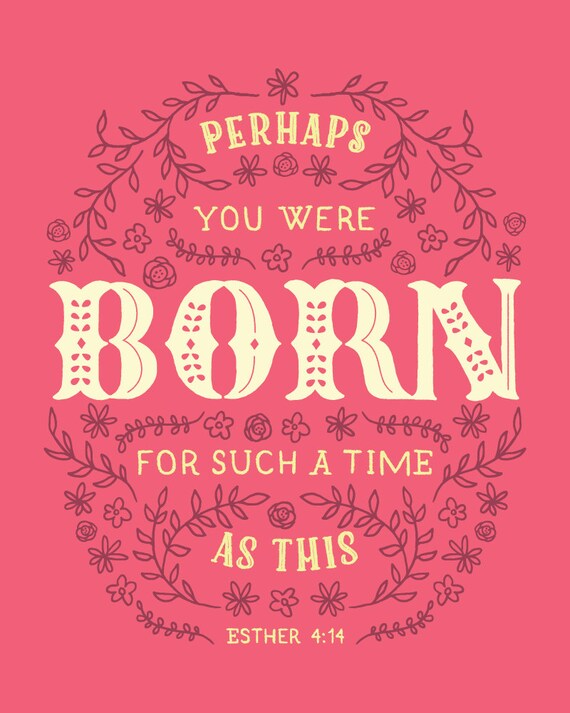